Without volunteers, a community could not flourish

It was by pure chance that Commander Navy League Anne-Marie Fournier discovered the Navy League cadets and its program in the fall of 2006 when she enrolled her son who had just turned 9 years old.

It will have taken 1 year before Mrs. Fournier decides to get involved. She first gets involved as a volunteer and then takes more and more responsibility, she's there anyway, so why not lend a hand to the team in place?

From 2007 to 2011, Mrs. Fournier occupied every Thursday evening by doing her duties within the Board of Directors of the Valleyfield branch, including director of communications, in addition to helping with the canteen, the management of the supply and the distribution of uniforms to cadets. She will also be present at all activities, outings, and fundraising campaigns.

In January 2011, the NLCC Salaberry short of female staff and the Board of Directors in good health, she crossed to the other side and became a Cadet Instructor (NL). She will participate in her first training at the ÉFILN (Navy League Instructor Training School) at the end of January and then obtain her officer warrant and her midshipman (NL) rank. At that time, her daughter enrolled at LNCC and her son moved on to the RCSCC.

It was then that her career began as an officer for the Navy League of Canada, Quebec division. Since then, Cdr (NL) has climbed the ranks one by one within CCLN Salaberry 182 where she will occupy the positions of administrative officer, supply officer, second in command (2013-2014) then commanding officer (2015). Her love for the program ensured that Officer (NL) Fournier was present everywhere; whether it was at the CPI-N Marsouin (Québec division summer camp) where she showed up at the arrival and departure of cadets each year, at the Flotilla or the Boisbriand Intercorps. During her command, the cadet corps received the Gold Award Certificate for Best Growth in 2016-2017, for growth of 50 percent. Since then, she has also participated in the organization of the flotilla (in 2018 & 2019) as an administration officer, in the coordinator of the arrival and departure of cadets for the CPLN Marsouin (in 2018 & 2019), in addition she took a position as a cadet advisor (2018) then has divisional officer. She coordinated the restructuring and took part in the translation of the cadet training program for the Quebec division (since 2017) while also being part of the national working group updating the cadet training program. She also received a certificate from her division commander "For her involvement in the national cadet training program update project, in addition to the other administrative mandates she was able to achieve during the year 2018'.

In June 2019 she was chosen to succeed the Divisional Commander Cdr (LN) Sigouin when his mandate ended in the summer of 2020. She and her team have been working on restructuring and bringing the Navy League Instructors Training School (ÉFILN) online. Furthermore, with the majority of the province of Quebec in the red zone due to the rampant Covid-19 pandemic, faceto-face attendance being impossible, she is actively working to make the cadet training program available to all in a virtual format since fall 2020.

1. Can we know more about you before you joined the Navy League Cadet Volunteer program?

Before joining the Navy League Cadets, I was a stay-at-home mom. I have been volunteering in my community for over 5 years. First by getting involved in the C.A. of my son's preschool and then on that of the primary school parents' association. Community involvement is very important to me. Without volunteers, a community could not flourish.

2. How did your journey as a volunteer begin?

The closest cadet corps to our home being more than 30 minutes from the house made me stayed all evening waiting for my son to finish his training. So, I thought to myself, why not help? From there, I started as a director within the C.A. of the branch of the NL cadet corps in my region. I was on the Board of Directors for over 4 years and then transferred as an officer to CCLN when my daughter was 9 years old.

3. What is the most interesting thing for you as a volunteer?

It is very important for me to be involved in my children's activities. In my opinion, this shows our child that what he or she loves is valuable. Following his child and encouraging him in the pursuit of his activities shows him that we support him. Watching your child grow, develop skills and flourish is wonderful. Whether our child or not, witnessing the development of a 9 year old to 19 year old - 1 day is amazingly beautiful. To see their potential and to discover with them all that they are capable of accomplishing ... It is so beautiful, it is priceless. In addition, without realizing it changes take place in us and we too discover skills that we do not believe we have and develop facets of ourselves that we did not imagine. We all surpass ourselves, young and old.

4. As the Navy League Officer of the Year, what advice do you have to other volunteers and potential volunteers?

Working for the Navy League Cadet Program is like being part of a big family. As in any family, it is not always easy or simple, our values and ideals are confronted and it takes a lot of resilience and ingenuity. But it's so worth it. It's a lot of work, but the result is so beautiful. To see young people thrive, to be happy while having fun is a privilege of life. Have a positive impact on the life of a young person, to offer him a place where he feels good and at ease to develop his leadership and his skills in respect and safety, what could be more rewarding for him AND for us ? My "pay" is when I'm at a restaurant with friends and a lady taps me on the shoulder and says, "Madame Fournier? I'm the mom of younger So-and-so, my son loved you so much. He's still talking about you. He loved the cadets so much. You had such an impact on his life, you have no idea. Now he is working ... His little brother is now old and I would like him to join you. Are you still cadets? …. Or walk into a store and the person at the cash register comes running to you to say hello and remind you that she was your youngest a few years ago with a big smile. It's just priceless ...

It must be remembered that there is no such thing as too small an implication. Whether you have 1 hour or 20 hours to give, your contribution is just as valuable and important. So, if you have the time no matter how much, don't hesitate to join the great NL family, you will see it will be worth it. 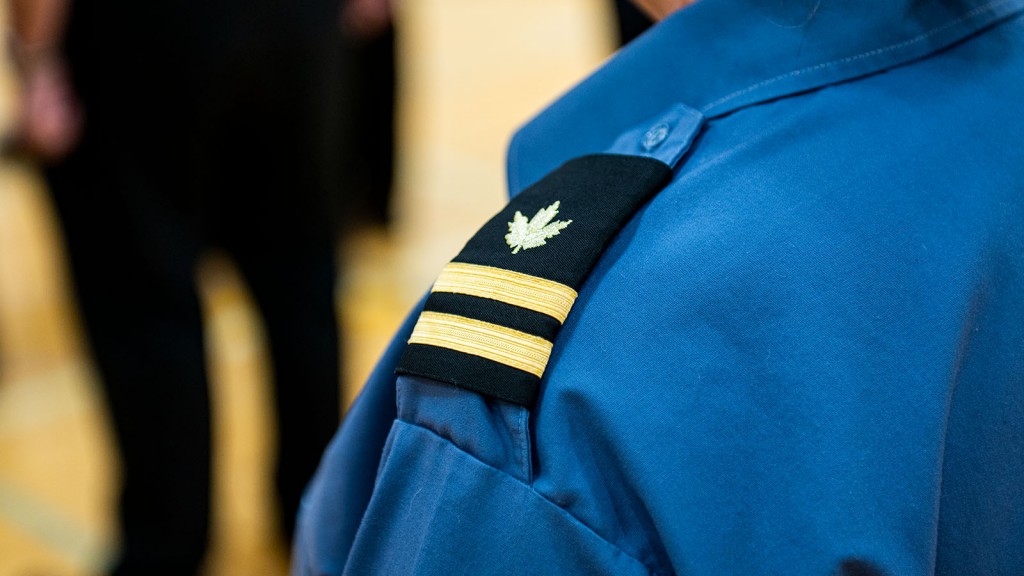