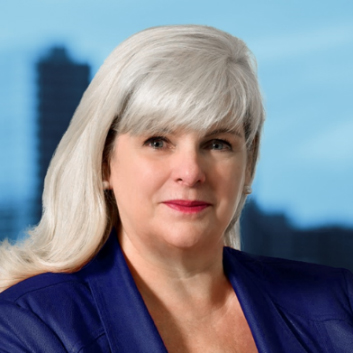 Appointed VP of Maritime Affairs in 2021, Louise Mercier was named as one of Canada’s Top 10 Defence lobbyists in 2018 and brings almost thirty years of experience to understanding the Canadian military acquisition process and the federal bureaucracy. “Louise Mercier has successfully planned and executed multiple business development strategies for military industrial programs, ” said Brenda Pinto, Navy League’s President. “She is undoubtedly one of Canada’s leading experts on defence procurement and understands intimately the processes needed to align the Cadet programs with industry.” “The Navy League of Canada is proud to have her on our board and her strategic counsel at the ready,”

A well-known face in the defence industry Louise Mercier is a Past National President of The Navy League of Canada, she is the founder of Canada’s Women in Defence and Security, was an 8 year Executive Board Member of The Canadian Defence Association Institute, and is an active volunteer of CADSI (Canadian Association Defence and Security Industry). In cooperation with the RCN and CADSI leadership, she manages and Chairs CADSI’s Annual industrial engagement program, Navy Outlook. She recently assumed the Chair of the Perley Rideau Veterans Health Centre Foundation.