When and where did you first join the Navy League? Which cadet corps?


What was your favorite part of your experience as a Navy League or Marine cadet?

During my cadet career, I have been fortunate to develop friendships stronger than anything. That's the first thing that comes to mind as now nearly 30 years later, those bonds are still present.


Can you share with us a fond memory or anecdote from your time at the Navy League?

In 1996, I had the opportunity to attend a summer camp at HMCS Acadia in Nova Scotia. I spoke no English at all. As much as I was afraid to spend 6 weeks not understanding anything, I had the chance to meet many cadets, both English and French speaking, with whom I made connections and who helped me develop my English language skills and in turn, opened more doors for me in the job market.


How has the cadet program influenced you throughout your life?

The cadet program has been an integral part of my life since I was 12 years old. It taught me important values such as honesty, good citizenship, and most importantly that I was capable of more than I allowed myself to believe. The cadet movement gave me a level of self-confidence that I surely would not have acquired otherwise.


What skills did you learn as a cadet that you still use today?

To this day, I still use my instructional and leadership skills with my team members as well as with the RCSCC 24 Magnificent cadets here in Dartmouth with whom I have been volunteering since 2020.  I also use my sailing skills to go out for fun with a friend from my sailing camp at HMCS Acadia to race her personal sailboat!


How did you decide what you wanted to do with your life and What role did the Navy League Program play in that decision?

Because I was good at cadets and liked the knowledge I was gaining, I wanted to continue on the ships of the Canadian Coast Guard. However, knowing that the program was very limited, I decided to pursue my path in the Royal Canadian Navy where I thought I could put into action the knowledge I had acquired in cadets.


Could you give us a brief overview of your life since leaving the Navy League Cadet Program?

In 1999, I left the cadets to join the Naval Reserve at HMCS Montcalm in Quebec City. I spent 1 year as a Naval Combat Information Operator (NCPO) and then transferred to the Regular Force as a Naval Communicator, a position I still hold today. Of note, I decided to become a Naval Communicator because I had taken an Operations Communications elective at 218 Drummondville and was immediately interested in the subject. I have since participated in numerous multinational exercises as well as 2 major 6 month deployments, Operation Apollo in 2003 following the 9/11 attack and Operation Reassurance in the Black Sea in 2014. After 23 years in the CAF, I still haven't forgotten all the good the cadet movement has done for me so I continue to be involved in the movement.


What personal achievements are you most proud of?

I would have to say that my proudest personal accomplishment is to see my son grow up in the cadet movement. It fills my heart to see the youth of today become the future of tomorrow. 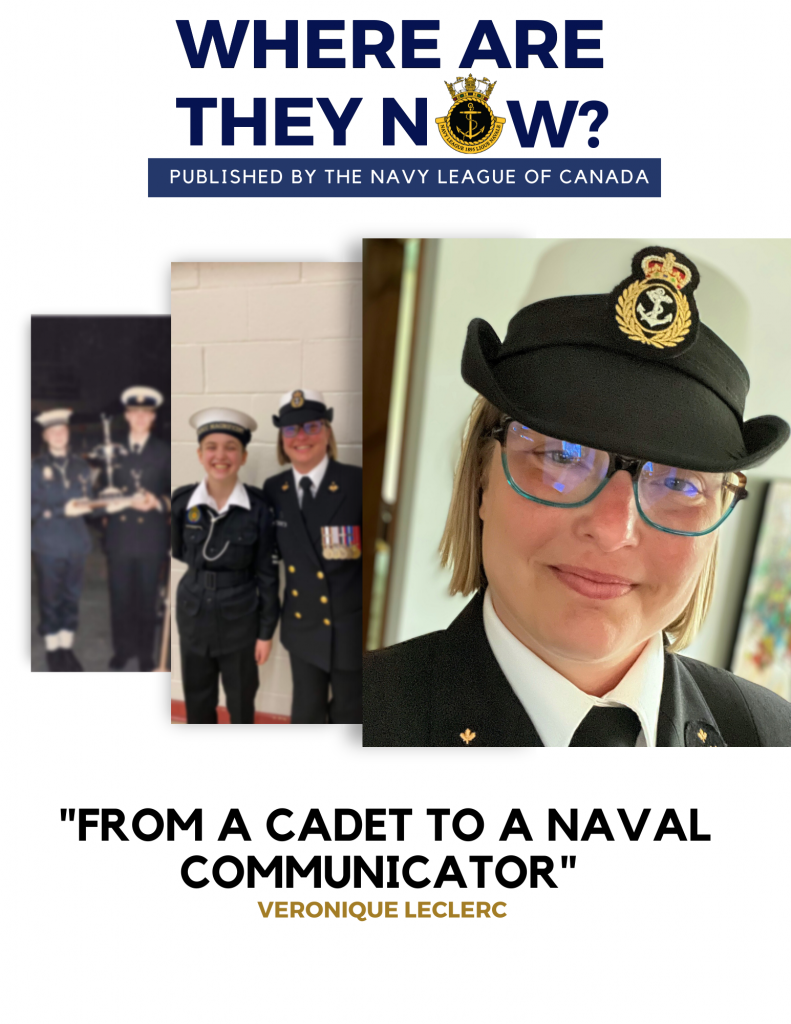 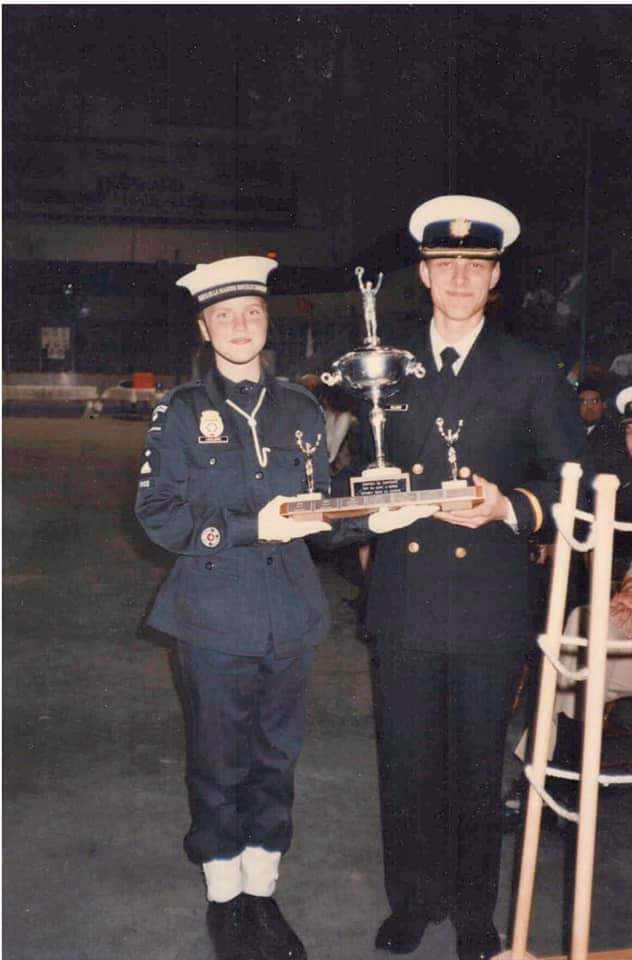 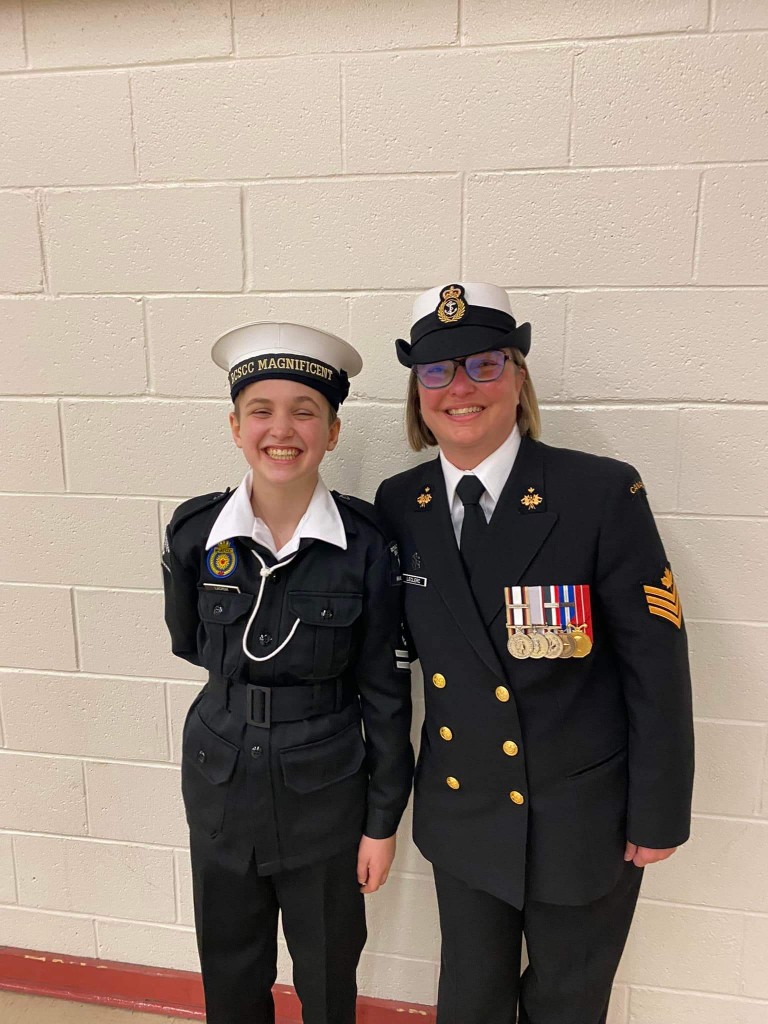 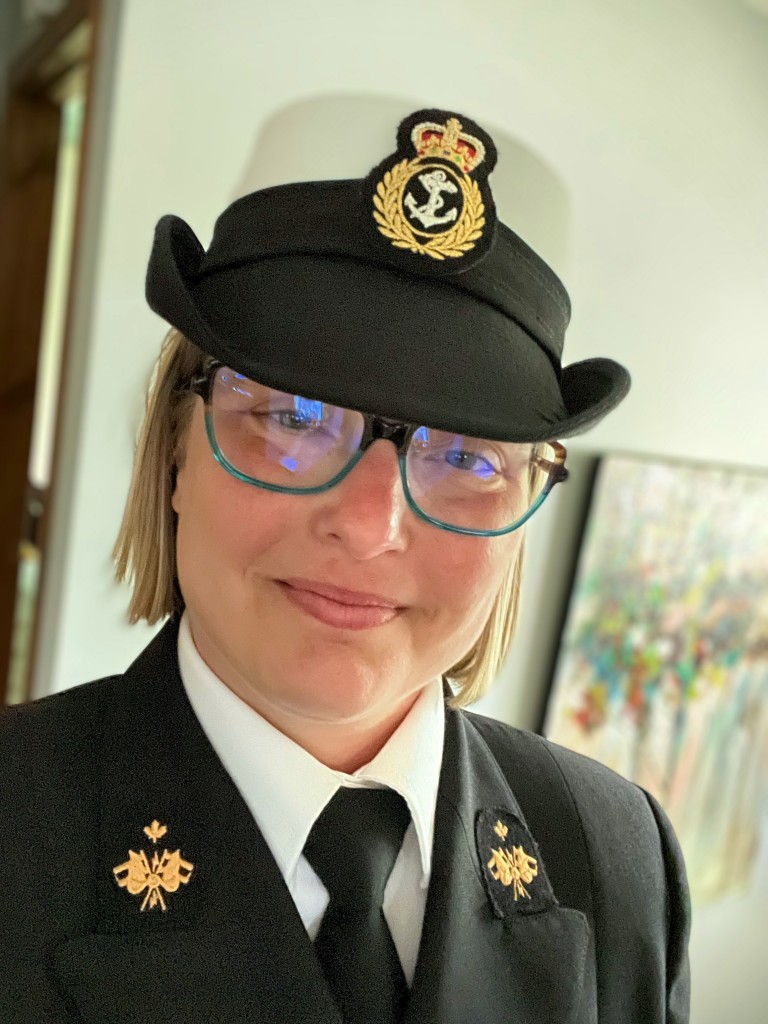